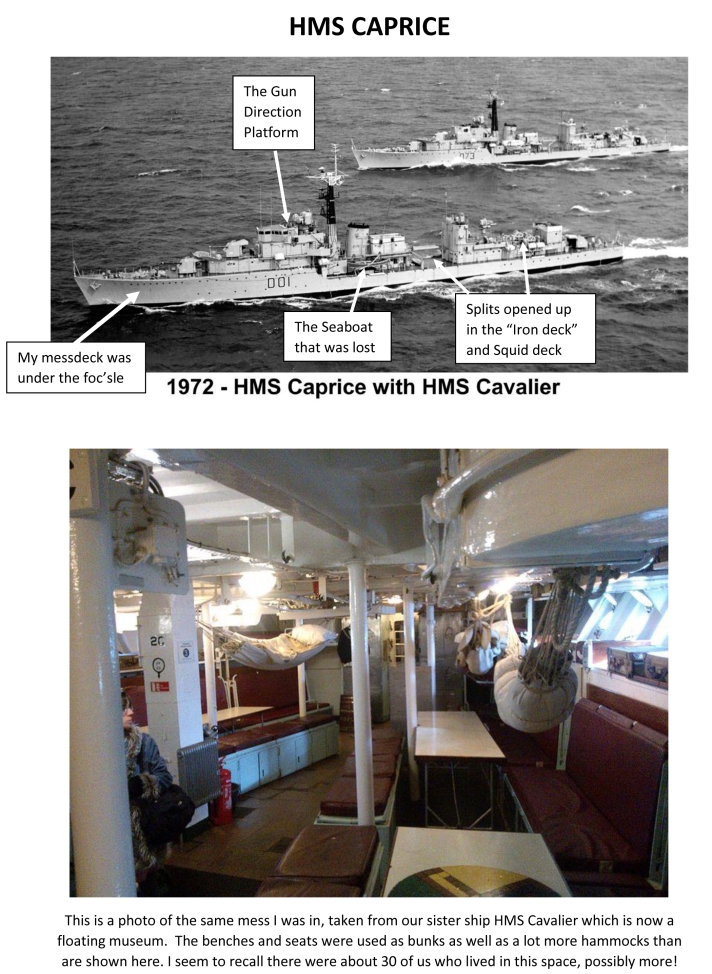 [1] RH: Short for Forecastle, this is the naval term for forward deck where the anchor capstans and hawse pipes are.

[2] RH: A type of anti submarine depth charge mortar in use at the time.